During the hiring process at most companies an office visit is usually one of the final steps in the process. At Google, when candidates are flown in for their office visit they are picked up at the airport in a limousine. As a candidate, it would appear this is just another perk to applying and interviewing for a position at Google, but little do they know this is more than the average limo ride.

Once the candidates arrive at Google Headquarters the limousine driver opens the door to let them out. One by one, as each candidate exits the limo the driver either says, “You may go inside!” or “Please stay in the limo”. The first round of interviews had taken place from the moment the candidate met the driver until they arrived at headquarters. The decision to let the candidate continue on in the interview process was all based on how the candidate treated the limousine driver. Was the limo driver thanked when he or she took their luggage and opened the car door for them? What was the tone of the candidates conversation with the limo driver? Or was he even spoken to at all? All of these things create a first impression that Google cares about, and the limo driver was empowered by the organization to act on his or her first impression of each candidate.

Make sure everybody in the company has great opportunities, has a meaningful impact and is contributing to the good of society.

From the top executives to the limousine drivers, no matter what the role, it is part of the company culture at Google to make sure everyone feels important and has the opportunity to make their mark. This story is a prime example of what Google stands for. 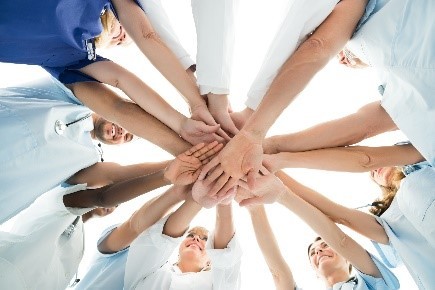 to give power or authority to; authorize, especially by legal or official means.

To empower your employees means to foster an environment where they feel they have a say and can make a difference. This creates a culture where ideas can be freely shared and openly heard. Empowering others not only help increase productivity, it also leads to a stronger sense of commitment to organizational goals.