Have you ever felt like you’re carrying the whole company on your shoulders? Have you felt in your gut that there’s someone on your team that just doesn’t belong? 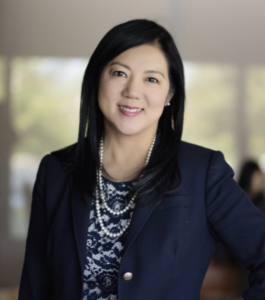 Jing Johnson is the owner of PRISM Renderings, and she found Sheryl just in time to make some major changes to her team during a pivotal time of growth for her business. Jing has a passion for architectural rendering that originated from her roots in China where design is valued above structure. She learned from her father, an architect, how important it was to match artistic design with structural integrity.  She started PRISM with a passion to fill this need for quality architectural renderings and to build a great team.

The principles Jing attributes to her success are: selflessness, hunger for knowledge, and servitude. It became clear to her that she needed assistance as she felt the heavy burden of executive leadership, and desired to create a stronger sense of team. Jing was in the routine of leading weekly team meetings that garnered little participation from team members, and wanted to hear more than her own voice. She sensed there was a “bad seed” on the team but couldn’t put her finger on why she felt that way. Jing was looking for a way to rally and engage her team. Sheryl came in with a plan to turn things around for Jing and her team at PRISM.

The two steps below paved the way to a company culture that truly reshaped PRISM.

Sheryl stepped in at a time that PRISM craved cohesion and accountability.  Sheryl listened, assessed, created and implemented a custom solution enabling PRISM to excel together as a cohesive team.  The new values and meeting structure paved the way for success. By deliberately constructing a company culture of purpose, clarity, accountability and performance, PRISM exemplifies unity and structure, and has been a major success.